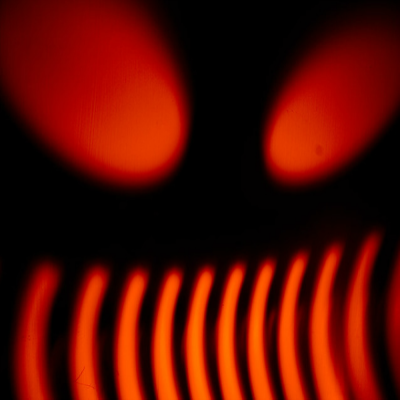 ”Jesus said to him, “Away from me, Satan! For it is written: ‘Worship the Lord your God and serve Him only.’   Then the devil left Him, and angels came and attended Him  (Matthew 4:10-11 NIV).

I find it troubling that many Christians do not believe in the existence of satan.  I always use a lower case “s” when referring to the enemy because I want to be as disrespectful as possible.  If you doubt the reality of evil as an active force in this world, simply remember that Jesus dealt with the enemy first hand on multiple occasions. A single-dimensional outlook, unwilling to confront the possibility of darkness simply plays into the hands of evil. In C. S. Lewis’s classic book, The Screwtape Letters, the crafty older demon acknowledges that the cause of evil accrues much more power when Christians fail to concede that it exists.  At the same time, it is important to understand that as children of light evil has no long-term power over us.

The Word of God is authoritative.  The Psalmist writes, “All your words are true” (Psalm 119:160).  Paul writes in 2 Timothy 3:16, “All Scripture is God-breathed and is useful for teaching, rebuking, correcting and training in righteousness.”  A Christian is on a discipleship pathway to constantly grow closer to Christ and discern His will for our lives.  Prayer, worship, and small groups are all important in this regard.  However, God primarily reveals himself through His Word.  In John 1:14, we learn that, “the Word was made flesh, and dwelt among us.”  God gave us Jesus for the forgiveness of sins and life everlasting but also so we can better understand the Word.

We read in Genesis 3 that there was a real serpent and it received a real physical curse to crawl on its belly and eat dust for the duration of its life (Genesis 3:14). satan is not a physical being, although he can operate in the physical realm (Job 1–2). He is a spiritual being that operates in the spiritual realm as evidenced in many passages that detail his spiritual attributes (1 Peter 5:8; Matthew 16:23; Acts 5:3; and Ephesians 6:12).

Jesus cast out demons into pigs.  Matthew 8:28-34, Mark 5:1-20, and Luke 8:26-33 state that the demons were concerned about the time, as it was not the “appointed time.” Luke discusses the demons concern about going into the “Abyss” (Luke 8:31).  Jesus knew His purpose here on earth – to accomplish the perfect will of His Father. Jesus followed His Fathers plans and did not torment the demons before the “appointed time.” Ecclesiastes 3:1 states, “there is a time for everything.”  I think the demons had a concern of their impending doom and thought that their time was over and they would be sent to the Abyss.  The “appointed time” comes when Jesus defeats the enemy as detailed in the book of Revelation.

The Lord is speaking to the serpent and satan in Genesis 3.  The Bible tells us that satan used a real serpent to deceive Eve.  And because of his entrance into the serpent, he can rightly be called the “serpent of old” or “great dragon” (Revelation 12:9, 20:2).  To defeat evil, we must acknowledge it and name it, and then rebuke it in the name of Jesus.

Prayer:  Dear God:  We know that at the name of Jesus every knee should bow, of those in heaven, and of those on earth, and of those under the earth.  The demons believe in you and shudder.  Thank you for the ability to rebuke evil in Your name and for Your glory.  We are your sheep and we trust in the Good Shepard.  Amen.