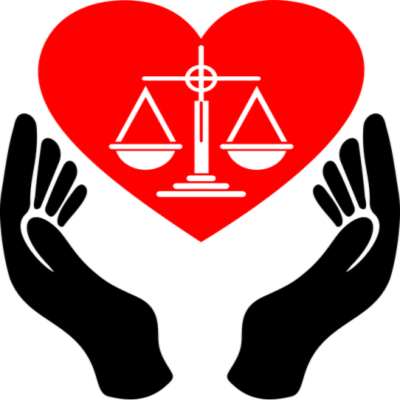 John 8:1-11 tells us the story of a woman caught in adultery.  The religious leaders, the Pharisees, tried to use her sin to force Jesus to support their decision to stone her to death, which was in accordance with Mosaic law.

“1 Jesus returned to the Mount of Olives, 2 but early the next morning he was back again at the Temple. A crowd soon gathered, and he sat down and taught them. 3 As he was speaking, the teachers of religious law and the Pharisees brought a woman who had been caught in the act of adultery. They put her in front of the crowd.

4 “Teacher,” they said to Jesus, “this woman was caught in the act of adultery. 5 The law of Moses says to stone her. What do you say?”

9 When the accusers heard this, they slipped away one by one, beginning with the oldest, until only Jesus was left in the middle of the crowd with the woman. 10 Then Jesus stood up again and said to the woman, “Where are your accusers? Didn’t even one of them condemn you?”

And Jesus said, “Neither do I. Go and sin no more.”

I think this is very powerful scripture and conveys an example of prevenient grace.  I have struggled with this scripture because I felt that it contradicted Matthew 5:17-19.

“17 Don’t misunderstand why I have come. I did not come to abolish the law of Moses or the writings of the prophets. No, I came to accomplish their purpose. 18 I tell you the truth, until heaven and earth disappear, not even the smallest detail of God’s law will disappear until its purpose is achieved. 19 So if you ignore the least commandment and teach others to do the same, you will be called the least in the Kingdom of Heaven. But anyone who obeys God’s laws and teaches them will be called great in the Kingdom of Heaven.”

Upon deeper reflection, we see that Jesus “did not come to abolish the law of Moses.”  Therefore, shouldn’t He support the stoning of the woman?  However, He gives us some insight as to the purpose of His coming when He states, “I came to accomplish their purpose.”  So, this raises the question, what was their purpose?  Not to be overly simplistic, but I feel their purpose was to prepare the way for Jesus who offers a new covenant based on grace.  The epistles of Paul clearly indicate that Christians are no longer under the rule of the Mosaic law.  This is clearly stated in Rom. 6:14; 7:1-14; Gal. 3:10-13, 24-25; 4:21; 5:1; 13; 2 Cor. 3:7-18.   It is interesting to note that the Ten Commandments were certainly a component of the law of Moses, but most modern Christians, including myself, believe they are still relevant today.

So, back to the woman that committed adultery.  Jesus did not enforce the law of Moses but showed her grace.  However, He did not condone her sin.  I think it is noteworthy that His last words to her were “Go and sin no more.”  Imagine a world in which we all offer grace to sinners (each other) and encouragement rather than judgment.  To me, this would be the answer to the Lord’s Prayer in which we pray “your kingdom come” (Matthew 6:10).

Prayer:  Dear God:  Thank you for the daily grace that you offer us.  Please give us the wisdom and courage to offer grace to others.  In Jesus name, Amen.