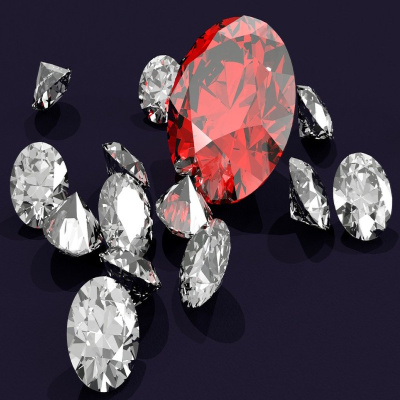 “A wife of noble character who can find? She is worth far more than rubies” (Proverbs 31:10 NIV).

Women have always been vitally important to Christianity.  Their love and compassion have been recorded since the beginning of time.  When thinking about the beginning, we often think of Eve and her sin of eating from the tree of knowledge of good and evil in the Garden of Eden.  Due to God’s grace she still had children and is forever known as the mother of all creation.  But we tend to focus on and remember her sin.  However, our focus should be on her redemption.

Sarah was the wife of Abraham, the great Patriarch.  She could throw fits and sometimes behaved badly.  She could be manipulative and even mean.  Sarah is also listed in the Faith Hall of Fame. “By faith Sarah herself also received strength to conceive seed, and she bore a child when she was past the age, because she judged Him faithful who had promised” (Hebrews 11:11).

Rahab is first introduced in the Bible as an unsavory character – “a harlot named Rahab” (Joshua 2:1).  She was immoral and living in a pagan culture.  She knew of the greatness of God and provided assistance to the spies sent by Joshua to investigate her hometown of Jericho.  However, she is specifically singled out by name for her faith. “By faith the prostitute Rahab, because she welcomed the spies, was not killed with those who were disobedient” (Hebrews 11:31). Rahab even appears in the genealogy of Christ in Matthew 1.

So, how do we apply this to our life today?  I think the right next step is for us to reflect on how we view others.  For example, I have a friend that spent time in prison for killing a police officer.  He admits that he did it.  I did not know him until he had been released for many years and he was active in ministry.  Somebody else told me, “that guy killed a cop.”  However, by God’s grace it did not affect my perception of him.  I had already built my perception based on what I had seen.  I had seen the sincerity of his faith, the fruits of his witness, and the depth of his faith.  I was not really interested in the details of his prior life, regardless if they were true or not.  Don’t we all love to sing Amazing Grace?  I was lost but now found.

As Christians we are not immune to sin in our current life.  As I become aware of sin in the lives of others, I can offer my judgment or my prayers.  Judgment is the job of God.  Conviction is the job of the Holy Spirit.  My job, and yours, is to love and pray.  I try to use my words and thoughts to build up the Body of Christ.  That does not mean I agree with everything, but it does mean that we should let God be God and do His job.

As men, we should remember what Adam said regarding Eve in Genesis 2:23, “This is now bone of my bones and flesh of my flesh; she shall be called ‘woman,’ for she was taken out of man.”  As men we are called to honor the women in our lives.  One way we do so is to forgive them of their sins as we too seek to be forgiven and view them as Christ views us all.

Prayer:  Dear God, Thank you for the Godly women that you have placed in our lives.  May we always honor them as we honor you.  Amen.