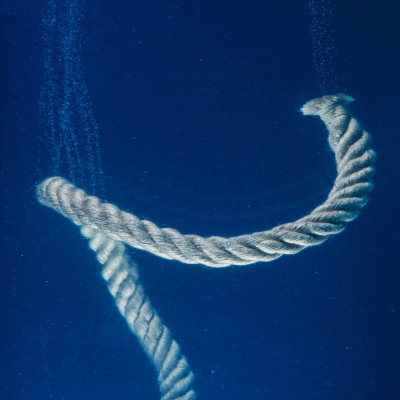 Reached the End of Your Rope?

“Have you not known? Have you not heard? The Lord is the everlasting God, the Creator of the ends of the earth. He does not faint or grow weary; His understanding is unsearchable. He gives power to the faint, and to him who has no might he increases strength. Even youths shall faint and be weary, and young men shall fall exhausted; but they who wait for the Lord shall renew their strength; they shall mount up with wings like eagles; they shall run and not be weary; they shall walk and not faint” (Isaiah 40:28-31 NIV).

If you are not at the end of your rope now, I am certain that you have been in the past.  Also, I am certain that you will be again in the future.  This is as certain as death and taxes.  Also, this feeling of frustration is as old as the Old Testament and a good example of this is presented in the story of Elijah as detailed in 1 Kings.

Elijah was a prophet who lived in the northern kingdom of Israel during the reign of King Ahab (9th century BC). In 1 Kings 18, Elijah defended the worship of the Hebrew God over that of the Canaanite deity Baal.  Elijah grew frustrated and scared and fled from Jezebel, wife of king Ahab and follower of Baal.  When Elijah reached the end of his rope, God led him to do three things that helped him recover—and they’re things that can help us recover.

Rest your body.  In the most famous Psalm the Word teaches us, “He makes me lie down in green pastures” (Psalm 23:2). Sometimes God will force you to lie down because you’re unwilling to do it on your own. You can’t be spiritually and emotionally strong while you’re physically depleted. You cannot be of service to others if you are exhausted.  That’s what happened to Elijah. God did not  scold Elijah but rather He simply let Elijah sleep. The Bible says about Elijah in 1 Kings 19:5, “Then he lay down  under the bush and fell asleep.”  Sometimes the most spiritual thing you can do when you’re emotionally exhausted is to take a nap.

Release your frustrations.  Releasing your feeling is the beginning of healing. In 1 Kings 19:10, Elijah says this to God: “I have been very zealous for the Lord God Almighty. The Israelites have rejected your covenant, torn down your altars, and put your prophets to death with the sword. I am the only one left, and now they are trying to kill me too.”  Elijah didn’t hold anything back. He told God his frustrations.  God isn’t shocked when you complain to him. He’ll listen to you until you run out of words and then the Holy Spirit will intercede for us (Romans 8:26-27).

Remember and refocus on God.  When you’re emotionally exhausted and nearing burnout, you need to remember what God says and who He is. When we do that, we shift our eyes away from our problem and toward Jesus. We get a fresh awareness of God’s power and God’s presence and God’s personality. We gain a new perspective on our problem because it is so small compared to God.  In 1 Kings 19:11-13, God demonstrated his power firsthand to Elijah. The Lord showed him who was in control. When we are struggling through burnout, it’s often because you’re trying to play God and control everything. When you refocus on God, you realize He is in control. You can stop exerting your own control and energy.

If you’re feeling burned out and emotionally exhausted, God hasn’t forgotten you. Just like God did with Elijah, God stands ready and willing to help.

Prayer: Dear God:  Thank you for your patience, grace, and love.  Please continue to help us through good times and bad.  Amen.