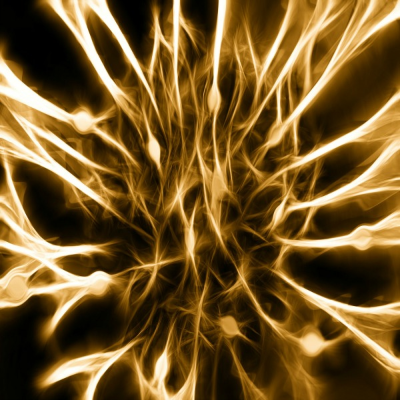 The Battle Within Yourself

Perhaps there is no part of the human body that is more necessary to life – but as poorly understood – as the human brain. My son has autism and as a child had several CT scans of his brain that all appeared “normal.” However, there is clearly something unique that is occurring in his brain that serves to limit his speech and overall development.

Both of my children are blessings from God,  and I treasure them. His diagnosis of autism some years ago has set me on a path of intense interest in the human brain. As part of my studies, I have learned that the brain is not only a key component of our mental and physical health but, from a biological perspective, is critically responsible for our spiritual health along with our heart.  Therefore, I am a proud member of organizations that serve to equip men to become better Christian leaders at home, work and church.

Equipping is essential because without the right equipment, you can’t do the job. You can’t drive a nail without a hammer, and you can’t catch a fish without a pole.  I am intentionally leaving out catfish noodling!  There is no bigger battle that we face than the battle in our mind – and it is a daily fight.  According to Rev. Rick Warren, “the reason why most people are ineffective in life is that they’ve never learned how to fight the battle of the mind.”

In order to fight the battle in your mind, you need to recognize your enemy and remove it from your mind. This is much easier said than done. But we know that “all things are possible with God” (Matthew 19:26). The job of satan is to prevent you from doing the good works that God has prepared you to do. Your job is to call upon The Spirit to help you to fulfill your ministry (yes, YOU are a minister and a member of the Priesthood of all believers) and be a blessing to others and make disciples of Jesus Christ for the transformation of the world.

Below are three steps to equip you in your fight:

1. The first enemy is your flesh. Paul says in Romans 7:23, “There is another power within me that is at war with my mind. This power makes me a slave to the sin that is still within me.”  Paul is referring to his own flesh “mind.” God speaks through Paul in Galatians 2:20 to elaborate this point:  “I have been crucified with Christ; and it is no longer I who live, but Christ lives in me; and the life which I now live in the flesh I live by faith in the Son of God, who loved me and gave Himself up for me.” Paul wrote in the book of Romans that he would find himself doing things that he really did not want to do. THIS is the battle of the mind.

2. The second enemy is satan.  He is often referred to as the enemy and should be treated as such. We as Christians have only one enemy and his name is satan. Paul makes this point much more clearly than myself in Ephesians 6:12: “For our struggle is not against flesh and blood, but against the rulers, against the authorities, against the powers of this dark world and against the spiritual forces of evil in the heavenly realms.”  Satan is the tempter.  He tempted Adam and Eve and continues to this day.  He is constantly planting negative thoughts in your mind of self-doubt, anxiety and fear. He will use other people to help plant these seeds of doubt.  Therefore, when others speak to us we must discern if this is Godly advice: “Dear friends, do not believe every spirit, but test the spirits to see whether they are from God, because many false prophets have gone out into the world”  (1 John 4:1.)

3. The third enemy is the fallen world. Most advertising campaigns are not appealing to our Christian nature but rather appeal to the flesh. This is done through sexual suggestive imagery, overindulgence and a desire to feed ourselves and not others. The Bible says in 1 John 2:16:   “For everything in the world — the lust of the flesh, the lust of the eyes, and the pride of life — comes not from the Father but from the world.”  It is obvious we cannot fight this alone. 2 Corinthians 10:3-5 says: “Though we live in the world, we do not wage war as the world does. The weapons we fight with are not the weapons of the world. On the contrary, they have divine power to demolish strongholds. We demolish arguments and every pretension that sets itself up against the knowledge of God, and we take captive every thought to make it obedient to Christ.”  Each thought that enters your mind should be examined to determine its source – from God or the enemy. If from the enemy, rebuke it in the name of Jesus. Jesus knew that the enemy was speaking through Peter in Matthew 16:23 when He said, “get behind me satan!”  We have freedom in the laws of God and we have freewill for joyful obedience or not. The Psalmist writes in Psalms 119:112  “I have made up my mind to obey your laws forever, no matter what.” The victory awaits you. We have victory in Jesus. Be blessed.

Prayer:  Dear God, We confess that not all of our thoughts honor You. Please help us to take each thought captive to make it obedient to Christ. Amen.