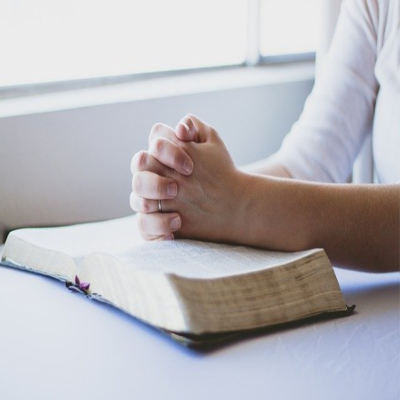 In 1990 Garth Brooks wrote a popular country song entitled, “Unanswered Prayers.”  The song described a time when he ran into a high-school girlfriend while he was with his wife.   In a recent interview Brooks admits that during the first two years of his marriage he still had strong feelings for this other woman and felt that she was the one that he should had married.  However, as he ran into his old flame, he realized that this girl was not the “angel he remembered in his dreams.” Time had changed him and her. The song expresses his awareness that he needed to thank God for the “gifts in his life.” He became aware of the fact that he needs to be thankful to God for the gift of unanswered prayers to reunite with his old girlfriend and the blessing of a good wife, which Proverbs 31:10 teaches us is, “far more precious than jewels.”

We can all remember praying to God for something we thought was so critical.  We know that God hears our prayers and we approach prayer with confidence and thanksgiving.  The first time I read John 14:14 I thought I had found a genie bottle.  I could maybe rub the bottle and offer up a prayer and out pops my request, just like a vending machine.

Jesus used the Lord’s prayer to teach us how to pray.   The purpose of this prayer, and our lives, is to advance God’s kingdom.  A key part of the prayer is, “Thy kingdom come, thy will be done, on earth as it is in heaven (Matthew 6:10, emphasis added).  Our will was done in the Garden of Eden, and the result is a fallen earth.  Sin allowed pain and death to enter the Garden and our lives today.

One reason we know God hears our prayers is because He has promised to hear them. Even if He doesn’t always answer the way we think He should, He still hears us. The Psalmist declared, “As for me, I call to God … and he hears my voice” (Psalm 55:16-17).

Why then, does God sometimes seem deaf to our prayers? One reason may be because we’ve allowed sin to take root in our hearts—and sin always separates us from God. It may be anger, or hatred, or prejudice, or an unclean habit, or anything else that we’ve allowed to pollute our souls. As we wait on God to act, He may be waiting on us to remove whatever separates us from Him.

God often doesn’t answer our prayers the way we think He should because He loves us, and He knows what is best for us. It’s often been said that God answers prayer in one of three ways: “Yes”, “No”, and “Wait.” We see only part of the picture—but God sees the whole thing. It is essential that we seek God’s will first when we pray and not just our own.

Sometimes we pray and the answer is “no” because God has something better and we need to wait.  Our faith is tested through prayer.  Why does God seemingly ignore prayers to heal babies that are born with cancer?  How can “something better” occur due to the death of babies.  To me, the best explanation is found in Isaiah 66:9, “As the heavens are higher than the earth, so are my ways higher than your ways and my thoughts than your thoughts.”

Persistent prayer may not yield the answer that we feel is justified. The response may not be clear or fair.  However, by faith we proceed to forge ahead when the path is not clear.  Don’t be discouraged. Instead, thank God for His unconditional love and grace, and learn to commit everything to Him in prayer.